Locally known as the “Mogaoku” and in English called the “Mogao Caves”, the Caves of the 1000 Buddhas lie at the edge of the Gobi Desert in China. A series of caves carved into the face of a sandstone cliff they are a treasure of art from the 4th to the 14th Century.

This is a place where religion, meditation, peace and light have converged for centuries. 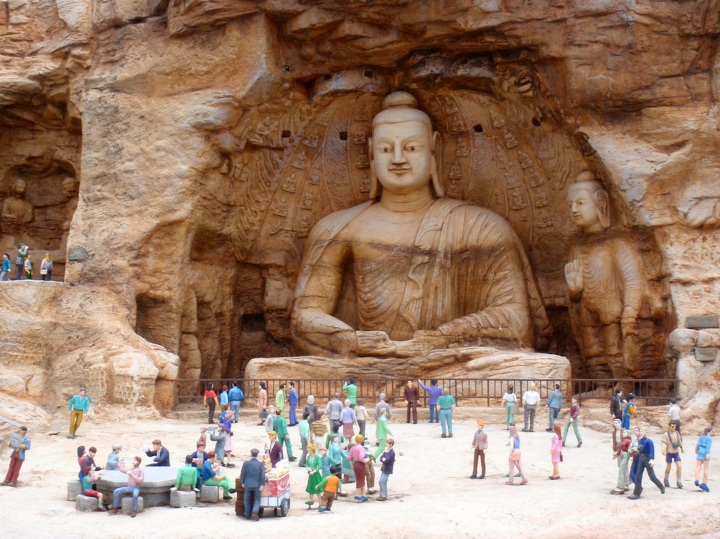 There is  restoration taking place here now. A rejuvenation of the caves through technology and expertise coming together to preserve the history of a people, a culture, a belied – a World!”

My Inspiration : I wanted to write about a place or a monument that had long been neglected, which was getting renewed assistance through technology and government. The Magao Caves was it. I wanted to look at a real-time example of restoration.